Your Choice Decides my Future!

In view of the upcoming General Elections in Singapore..
My son, Nathaniel Neo, gave a very nice gesture pose, and I name this picture.


"Your Choice Decides My Future!"

My personal opinions on the Budget 2011

As with all previous budgets, all citizens are expecting some free monies.
And the Budget 2011 did not disappoint its citizens.

At the same time, analysts are also looking out for signs of what will be increasing in the coming year.

Previously, GST subsidies will be announced to help all citizens cope with "soon to be raised" Goods and Services Tax. Such subsidies raises eyebrows as it is a sign of increasing GST in the coming year. And it so happens that in 2011, we are expecting an election. So the effect of giving out GST credits will have adverse impact on the election results.

So it was announced before the budget that the public transport fares will not be increased. That might mean that the price of fuel may be kept constant for a while to ensure that the public transport companies continue to be profitable without being affected by increasing fuel prices. If that is true, that will mean that utilities will also be kept constant since utility bills are rated in ratio to the prices of fuel.

So if fuel, utilities and public transport are not going to go north, what will the future be for this country? As we know, the budget gives in advance what it will be taking back within the same year. Much $$$ has been given for improving the birth rate and scrapping the TV and Radio License and this will create a huge debit to the nation.

My conclusion is that GST will rise to 10%. But there will not be any signs of the upcoming increment due to the upcoming General Election. By not revealing the tell-tale signs of an impending GST increment, the public will not go into a mad rush to purchase big-ticket items. As this will result in a sudden spike in the economy, making it difficult to use conventional algorithm to predict and analyze the market. Thus in preparation of preventing this spike, all big ticket items are raised to a new high in the year of 2010, so as to discourage sudden and excess spending and debt accumulation. This will ensures that when the GST is increased to 10%, the economy will not be shaken and there will be an almost seamless transition without much complains from the general public since most of the big ticket items are not affordable by the large portion of the population [ aka most middle class population ].

So if free monies can be given to the needy and this monies can be recovered by increasing tax collection without adverse impact to the economy and zero upheaval from its citizens and ensuring positive wealth accumulation as a nation. Why not?

And best of all, the budget will look nice and give positive ratings to the incumbent administration in time for the upcoming general election.


"The right to vote MUST be exercised with great caution. Not many above the age of 21 know the responsibilities & consequences of their vote."

The above is my personal opinion. You have to arrive at your own conclusions.
Posted by FB at 11:59 AM

14th February is Valentine's day and we both know traditionally, everywhere will be packed.

So, we celebrated the weekend before Valentine's monday on the 11/12th February.

We booked midnight tickets for the movie "Just Go With It" at Tiong Bahru Plaza and after the movie, we went to take some photos..

Here are a few pictures that Mrs Neo allowed me to put up on the web. 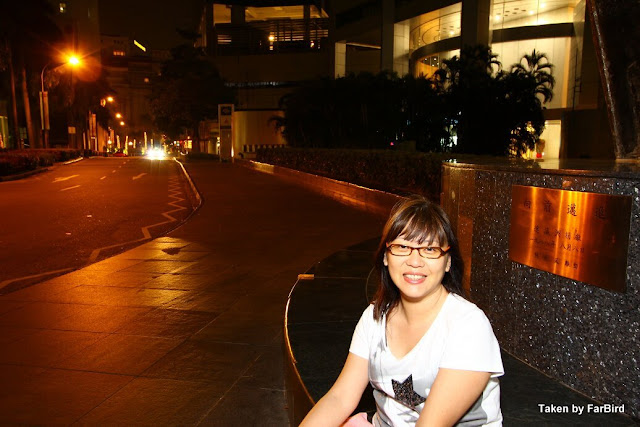 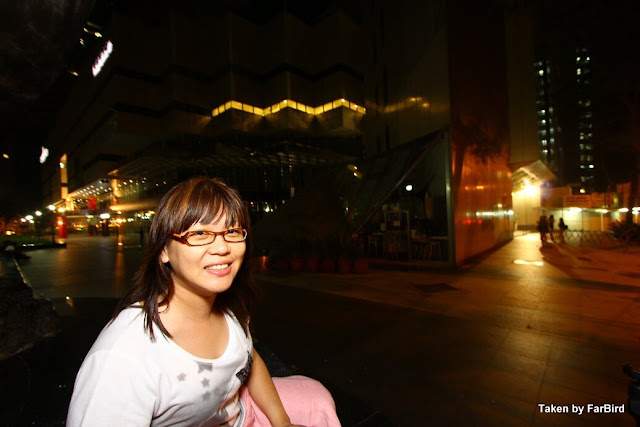 Should your money be taxed more than once?

Consider this an open suggestion...

In Singapore, like most other countries, the moment you start earning, you will have to deal with taxes.

First tax that comes about will be the "income tax". The only tax that makes the most sense for any nation or country. This allows the government to take a little cut from the income of any local resident working in its country. This tax, in my opinion, is fair.

So for every dollar earned, there is already a tax imposed by the government.
In my honest opinion, that is the only tax necessary.

But this is not enough, in Singapore, we have a compulsory pension scheme whereby we commit 20% of our salary income which has already been taxed to the government pension board that uses, this 20% and the additional 15% from the employer, to invest, allowing them to reap higher investment returns that the meagre interests that is earned to the working resident.

This 35% is still considered fairly acceptable since it's a form of forced savings and it comes in very handy when it is time to buy a house, regardless government or private property.

Now the resident of this little nation gets only 80% of the money that was taxed 100%. This money earned, that was taxed once already, has to go to expenditure of the working resident, ie commuting to work, groceries, clothes, etc.

Now consider this, whatever $$ that was earned and taxed, now upon spending it for necessities or luxury, this expenditure will be taxed again! What this tax is called is the GST (Goods & Services Tax). Now its at a rate of 7% ( as at Feb 2011 ). And it is increased at a rate of 2% almost every 2 years.

A good example will be the United Kingdom, where the equivalent VAT(Value Added Tax) was kept stable at 17.5% for the longest time >20 years before it was adjusted to 20% only very recently.

And if one may ask how can one ask of such taxes to be stable and not be increased on a bi-annual basis. Or perhaps the question should be presented in this manner.

"What is empowered to the people that can ensure that their government does not increase taxes so often?"
If I may quote the life of a late comedian as an example, Andy Kaufman. No doubt that he was a genius, but if he was not "as popular as he was", he "could not have pulled off that many stunts that was testing the limits" of both his employers, the TV Network, and the viewers whom he had pulled so many stunts and pranked on them.
Though each time before an election, a GST increase offset package is given to the residents, shouldn't this offset package be in ratio with the salary earned? Since the more you earn, the more you spend and more of the salary goes into GST than lower income earners?
Posted by FB at 10:12 AM